Garrihy’s First Boat trip to the Aran Islands from Doolin – almost 100 years ago!

The Garrihy family has long been associated with the sea, fishing at the Cliffs of Moher and trading with the Aran Islands. PJ Garrihy first took payment for bringing a passenger to Inis Oirr in 1968, on board a 20ft currach.  But there is an even earlier story of a Garrihy sailing to the Aran Islands – going back almost a century! That honour goes to an amazing lady called Nellie Jude Garrihy who celebrates her 105th birthday today, January 29th, 2020.  Nellie is a sister of the late Jack Garrihy, and aunt of Eugene, Donie, Joe and PJ Garrihy who run our business – Garrihy’s Doolin2Aran Ferries. 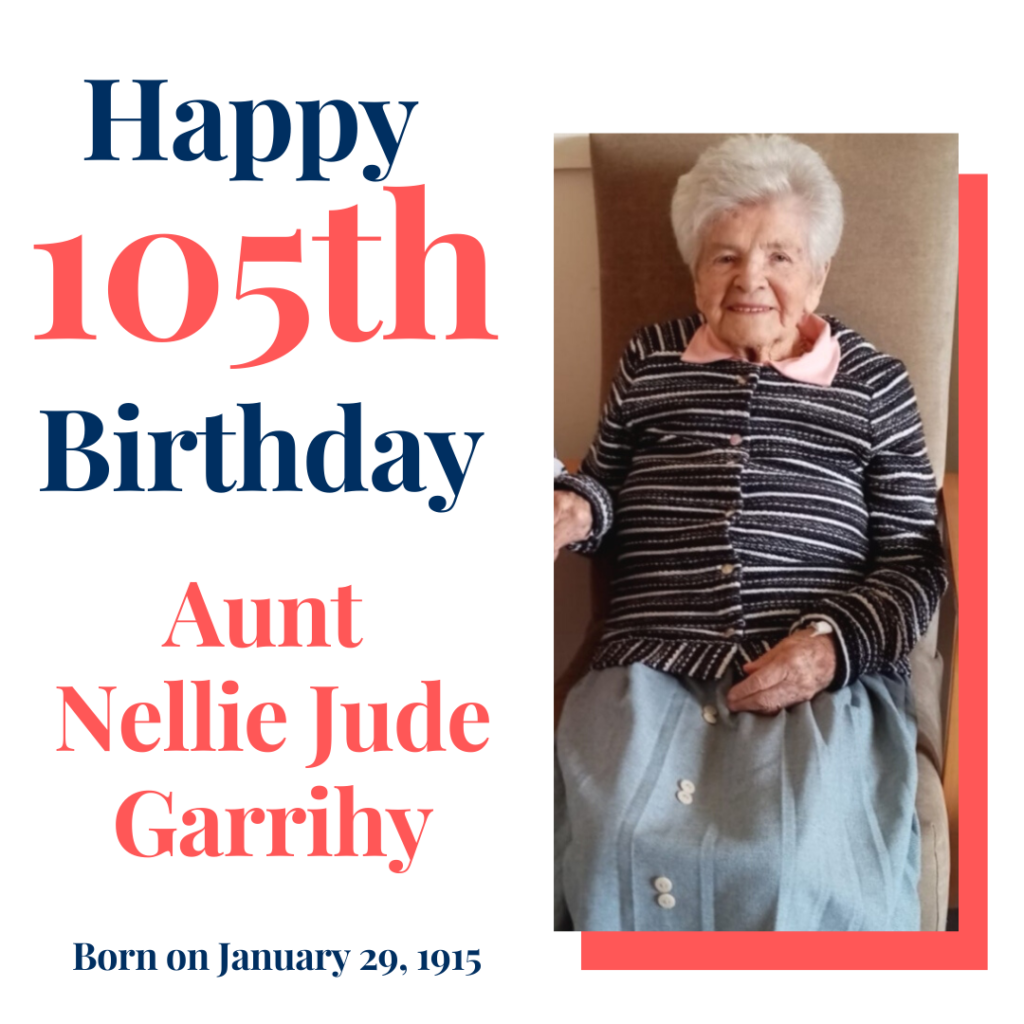 Nellie was born in 1915 and grew up in her home on the square in Ennistymon, which was a thriving market town. She had an infamous neighbour in those days, a lady called Caitlin McNamara. Caitlin went on to marry the welsh poet, Dylan Thomas, and there are many colourful stories of their tempestuous relationship and famous friends who came to stay at their family residence, which is now the Falls Hotel. 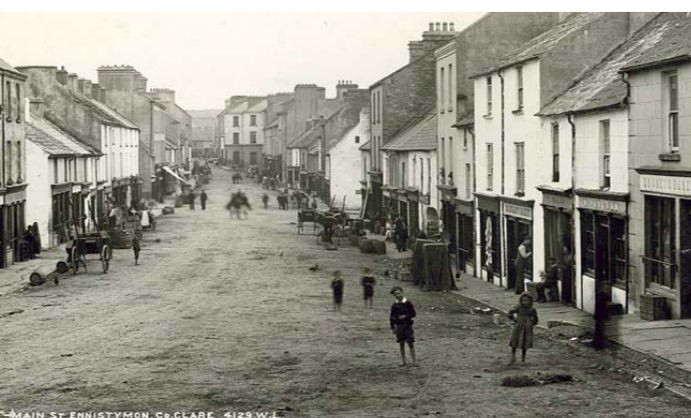 Nellie tells a story of when she was 15 or maybe 16 years of age, so around 1930,  and Caitlin  invited her to join her in a trip to the Aran Islands. She got permission and the next day she was picked up in style by horse and carriage and away to Doolin.  What excitement that must have been for a young girl!

Caitlin’s father had a boat called the Mary Anne, which was a converted Galway Hooker and this was waiting for them at Doolin pier.  Nellie remembers it was a lovely day and it took a long time to get to the Island (not the 15 minutes it takes now on the Star of Doolin!) They spent a few hours on the beach and she remembers she got a present on the Island of a pair of Pampooties, which are shoes made on the island from leather hide. It was almost dark when they returned to Doolin and Nellie still recalls the comfort and the warmth inside the horse drawn carriage on their way back home to Ennistymon.

Our 2020 sailing season is now closed.

We would like to thank all of our passengers for sailing with us this summer, and special thanks to our fantastic crew and staff for looking after our passengers so brilliantly. You did us proud!

We look forward to having you all on board in 2021. Stay Safe Everyone