All Loved Up – Lisdoonvarna Matchmaking Festival 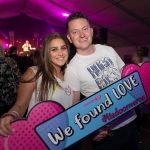 It’s that time of the year again when Lisdoonvarna turns into the Matchmaking Capital of Europe. For centuries, Doolin’s neighbouring town Lisdoonvarna was renowned first for its healing spa waters (1800’s) and then its folk festivals (late 1970s/early 1980s). But nowadays, for the month of September and early October, this small town in the west of Ireland is infamous as the place to come for love. Organisers expect up to 40,000 people to descend on Lisdoon “looking for love” over the festival’s five weekends. 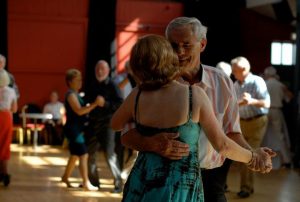 A big part of the excitement of the Matchmaking festival is the old-time dancing in the town’s hotels and bars. With literally thousands of new partners to choose from, music and dance can start as early as 11.30am everyday and go on until all hours. By coincidence, International Country Music Day takes place on September 17. So September seems to be the month for old time country dancing and romancing! 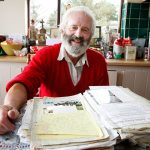 People come from all parts of the world to take part in the Lisdoonvarna Matchmaking Festival. Those too busy, shy, or unlucky in love lay their hopes with Willie Daly, Ireland’s only official matchmaker.  3rd Generation Matchmaker, Willie Daly swears by his 150 year old “Lucky Book”. Wiilie is over 45 years making matches including 3,000 marriages so he must be doing something right…

Many lovebirds make their way to Doolin Pier for a break from the dancing, and take a trip to the Aran Islands or maybe a romantic cruise to the Cliffs of Moher – surely a match made in heaven.. 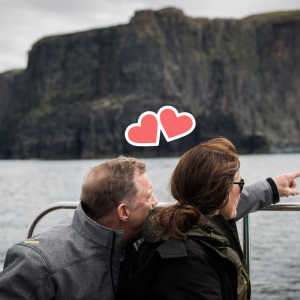