What is the Willie Clancy Week all about?

Scoil Samhraidh Willie Clancy” is Ireland’s largest traditional music summer school and it is held right here in County Clare.
Now affectionately called “the Wille Week”, this school runs from the first Saturday in July right through the week finishing on the following Sunday. It has been held annually since 1973 in Miltown Malbay Co.Clare in memory of it’s famous son, the uileann piper Willie Clancy.
This is a gathering of the cream of Irish musicians, singers, songwriters and dancers where one thousand students take classes on their chosen craft from the best teachers and experts available. It is possible to attend activities as diverse as reed making workshops for pipes, concertina classes or lessons in the famous Clare set dance.

Who was Willie Clancy?

According to Clare County Library, Willie Clancy possessed amazing talents -whistle player, flute player, singer, story teller, philosopher and wit. He was particularly known as a master of the most complex of wind instruments – the Uilleann Pipes. This instrument is similar to Scottish bagpipes, but wind is generated by a bellows attached to the musician’s elbow (uileann) and produces a much sweeter sound than bagpipes.
Willie died suddenly in 1973 when he was only 55 years old. The idea of a music school was initiated by the piper himself and within six months of his death the school was up and running. In 2013, the school celebrated its 40th anniversary.

Craic agus ceol: “fun and music” in Irish, is a frequent description for the atmosphere during the Wille Week. Many of the crowds come to Miltown solely for informal playing, or to listen to traditional Irish music in all kinds of venues – pubs, kitchens, and streets. This audience does not necessarily attend classes. Many attendees will come “just for the craic”, with the local Spanish Point beach a well-known hot spot for various parties of different musical varieties. Visitors at the Willie Week have been known to survive on just one hour of sleep due to the level of banter, music and yes, craic!. The density of musicians leads to pubs being jammed with sessions. Some venues have simultaneously hosted up to five sessions! 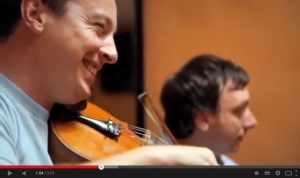 This video clip gives a flavour of what the week is about – “It’s a meeting place where people become stimulated by hearing fantastic music played in totally noncompetitive surroundings. It mightn’t be about the tunes at all, it is about the people you only meet once a year. People make friendships here, and renew friendships here and every musician or singer who comes here has left it inspired in some way.”

It just keeps getting better..

According to Kieran Hanrahan, presenter of RTE Radio One’s Céilí House, “The Willie Clancy Summer School will run for a long long time to come because there is great welcome in West Clare for good traditional music!”
Miltown is just down the coast from Doolin, on the Wild Atlantic Way. So if you’re planning a trip to the Willie Week, why not take a boat trip while you’re here!